Block Party of the Year 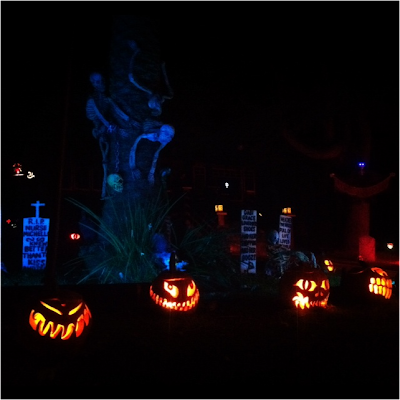 Every year, Alegria Ave in Sierra Madre closes down its street to cars and makes it the most fascinating trick or treat fest I've ever witnessed.  Packed with 5,000 people each year, this quaint neighborhood goes ALL out and then some.  Graveyards, Monsters and Pumpkins galore lined this street as children and their families visited these elaborately decorated homes. 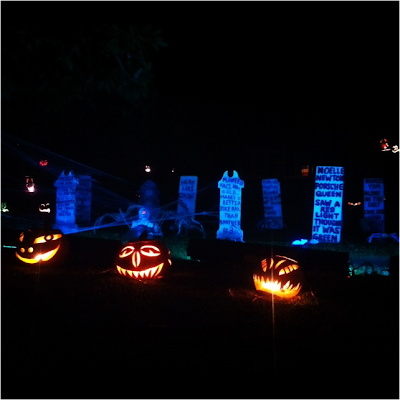 The homes that participate on this block spend over $400 in candy alone to feed the hungry trick-or-treaters that roam the neighborhood from 5pm - midnight!
One participant is famously known for growing his own ginormous pumpkins every year.  He carves them in the most creative way.  And he gets them all done within a week so the pumpkins don't have time to rot.  Below is his pumpkin carriage and giant spider. 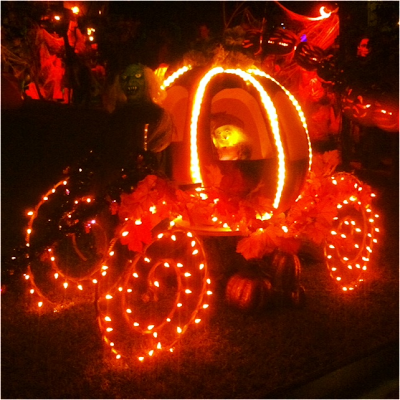 One house had a flying ghost!
So you know where I'll be going, again, next year!  But next time, I'll be starting the neighborhood tour at 5pm when the street only has about 1,000 people...  Peak hours are around 7-10pm, and that's when the lines form.  A mad house, but worth it to see the amazing artistry presented by these festive homeowners.
Posted by Christina Marie at 11:20 PM