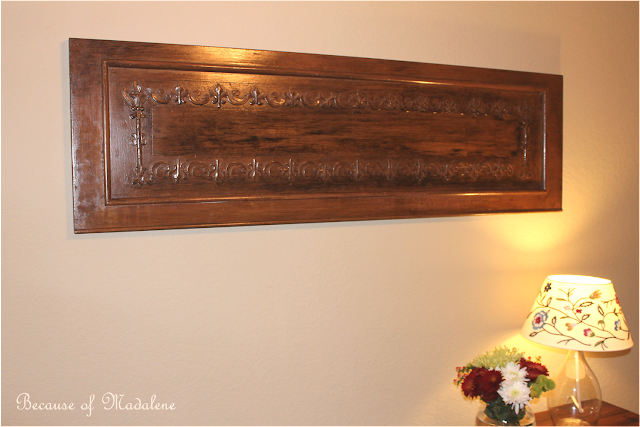 When I learned that I could actually do this (purchase a home), one of the first things that popped into my head was that I would finally be able to take Madalene's Buffet Table (that has been sitting in my folks' garage for decades unused) and have her officially apart of my home!  Well, I was extremely bummed to find out that my dining room was too small to house her gorgeous antique and I know that she's with me in spirit but having one of her treasures made me feel like she was even closer.  But her table will just have to wait until I upgrade to a bigger home in the future.

Until then, I've adopted the family's old piano front board that was removed from our 100 year old upright piano when we traded it in for a shiny new one.  I learned how to play on this very instrument when I was eight and knew its sentiment would add a friendly reminder of my childhood home and fond memories.  And with the vintage/modern theme I'm creating throughout the home (appropriate for my old soul with modern taste), I knew this antique wall art would add the perfect balance for that.

My handy brother-in-law removed the old clunky hooks that were still attached when we took the board from the piano and quickly nailed in two triangle frame hang hooks (on each top end), tied sturdy wire around each one and hung/mounted it on the wall with toggle screws for a better hold. 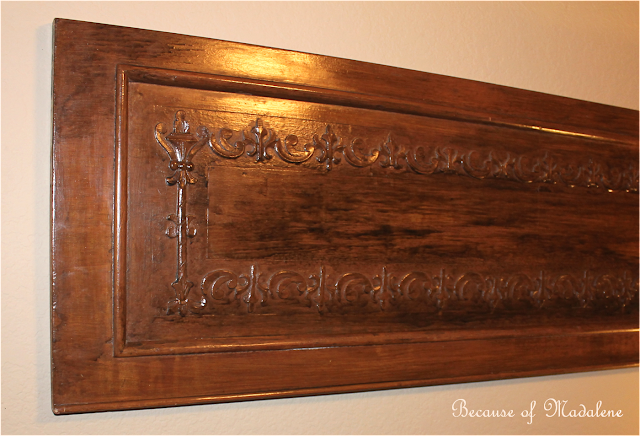 If you haven't tuned into the Cooking Channel's new show, My Grandmother's Ravioli, get up right now and DVR it (Wed nights)!  Very funny host, Mo Rocca, travels the states finding grandparents who don't mind sharing their delicious ethnic dishes that were passed down generation after generation.  It not only makes me laugh hysterically, but it completely transports me into their cozy homes as I get to learn their family recipe secrets.  It's a joy to witness the pleasure these folks still get when cooking and feeding their extended family...  not to mention watching Mo miraculously bring out their familiar stories and innocent humor.  After losing my last grandparent over a month ago, this show couldn't have had better timing.  I've been feeling sad and scared after the loss of Grandma Kay but this show has helped minimize those unwanted feelings and instead has encouraged me to reminisce about the times when I was in the kitchen watching my Gma Kay make Pizzelles, while asking her to tell me the same childhood memories she would spill out time and time again.  I cross my fingers that this show can continue for seasons on end, because like many grandparents, "This one's a gem".
Posted by Christina Marie at 6:51 AM 3 comments: 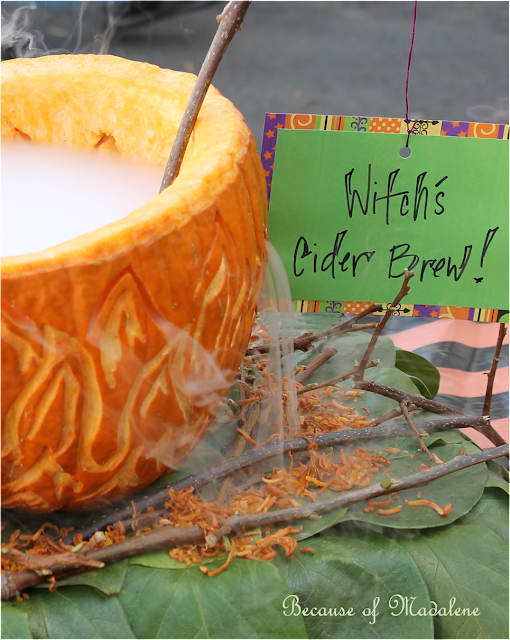 Feliz Dia de los Muertos!  As sad as I am that one of my favorite holidays (Halloween) is over, I'll continue to celebrate into today's Day of the Dead by lighting a candle for my special Grandma Kay that passed away in September.

I'm not sure how yesterday's work festivities will ever be topped.  Not only did we have a costume parade with more participants than ever, but this year was the first for our company to throw together a fabulous Pumpkin Decorating Contest.  There were endless contenders and I'm happy to announce that my Witch Cauldron won under Honorable Mention.  I was the only one to do effects this year, so I hope my use of dry ice will set the bar for even wilder and crazy ideas for next year. 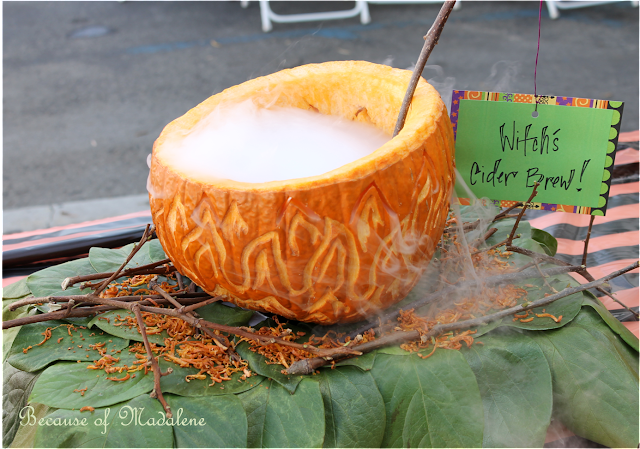 And while the effects of Apple Cider was brewing outside, the real spiced drink was warming in a slow cooker inside.  Despite our So Cal weather ups and downs, the morning ended up being overcast and cool, which was perfect timing for my hot cider.  The spices from the cinnamon and cloves warm you right up but the tang from the sliced oranges keep this sweet drink balanced with a slight refreshing kick.

In a slow cooker on high, pour in the apple juice and toss in the cinnamon sticks.  Poke the whole cloves around the rind of the sliced oranges and throw those in.  Let warm for about two hours until hot and all flavors have had enough time to meld together. 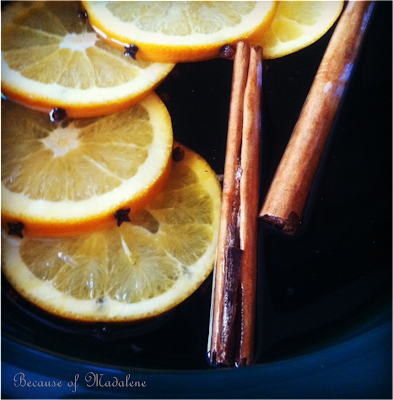 Some other fabulous pumpkin contenders! 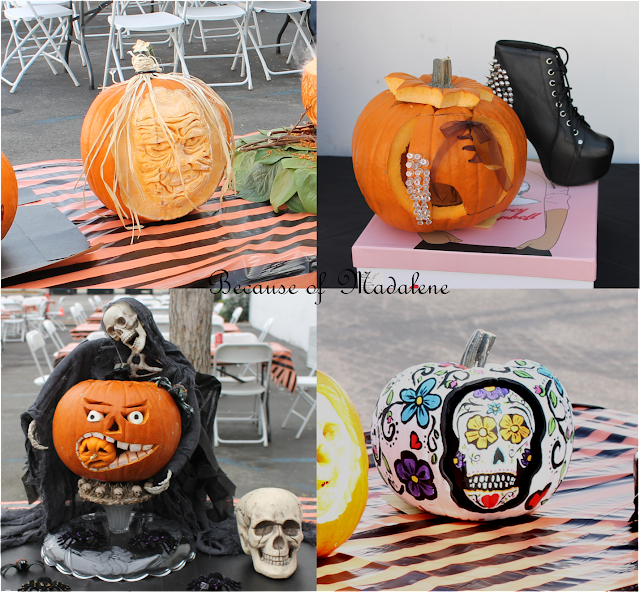 Posted by Christina Marie at 9:03 AM 2 comments: